Verdun is a battlefield, which is unique in the world, the violated area still shows the stigma of the excessive battle, stirred soil, shell holes and erased villages.

The hell of Verdun! One of the most horrible battles of the 20-century went over 300 days and 300 nights. Peak of a total and industrial war, the battle of Verdun changed to the

The life of the soldiers of Verdun was nothing but physical suffer and the permanent fear of death.

Verdun is also the temple of European Memory, the symbol of the reconciliation

THE MEMORIAL (MUSEUM) OF VERDUN

The Mémorial shows la large presentation French and German of  the battle, through an wide and unique collection of objects, vehicles, weapons uniforms posters, photos and videos.

As the keystone of Verdun’s defensive system, Fort Douaumont was the scene of fierce fighting and dramatic events during the Battle of Verdun, 1916. After falling into German hands on February 25th  1916 it was constantly shelled by the French army that recaptured the fort on October 24th  of the same year.

The Fort Vaux was a scene of a desperate and pathetic defence of a little number of soldiers under the command of Colonel Raynal, who resists in spide of shelling and isolation. At least they gave up due to the thirst after they had send their last carrier pigeon.

Opened 1932 in the middle of the battlefields, shelters the remains of 130 00 not indentified French and German soldiers.

At the feet of this giant monument you will see the greatest national graveyard of the first World War with 160 00 graves of French soldiers.

The Ossuary has been the place of the symbolic meeting between President  Mitterand and Chancellor Kohl in 1984.

Moved, hand in hand these both men revealed at this high place of French and German suffering their will to a common future:

We are reconciled, we understand each other, we became friends.

Where legends and history are mixed.

This monument build up in his actual form thanks to the contribution of an American donor, perpetuates the memory to all soldiers who were buried in the shell holes during this terrible battle. 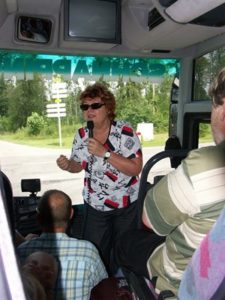